MH CAN Information and Notes

Results Statement:  Working together to ensure that everyone in Caledonia and Southern Essex Counties is Mentally Healthy by 2030.

Mentally healthy is “a state of well-being in which every individual realizes their/her/his own potential, can cope with the normal stresses of life, can work productively and fruitfully, is able to make a contribution their community, feels okay reaching out for help when times get tough, and knows where and how to reach out for help. 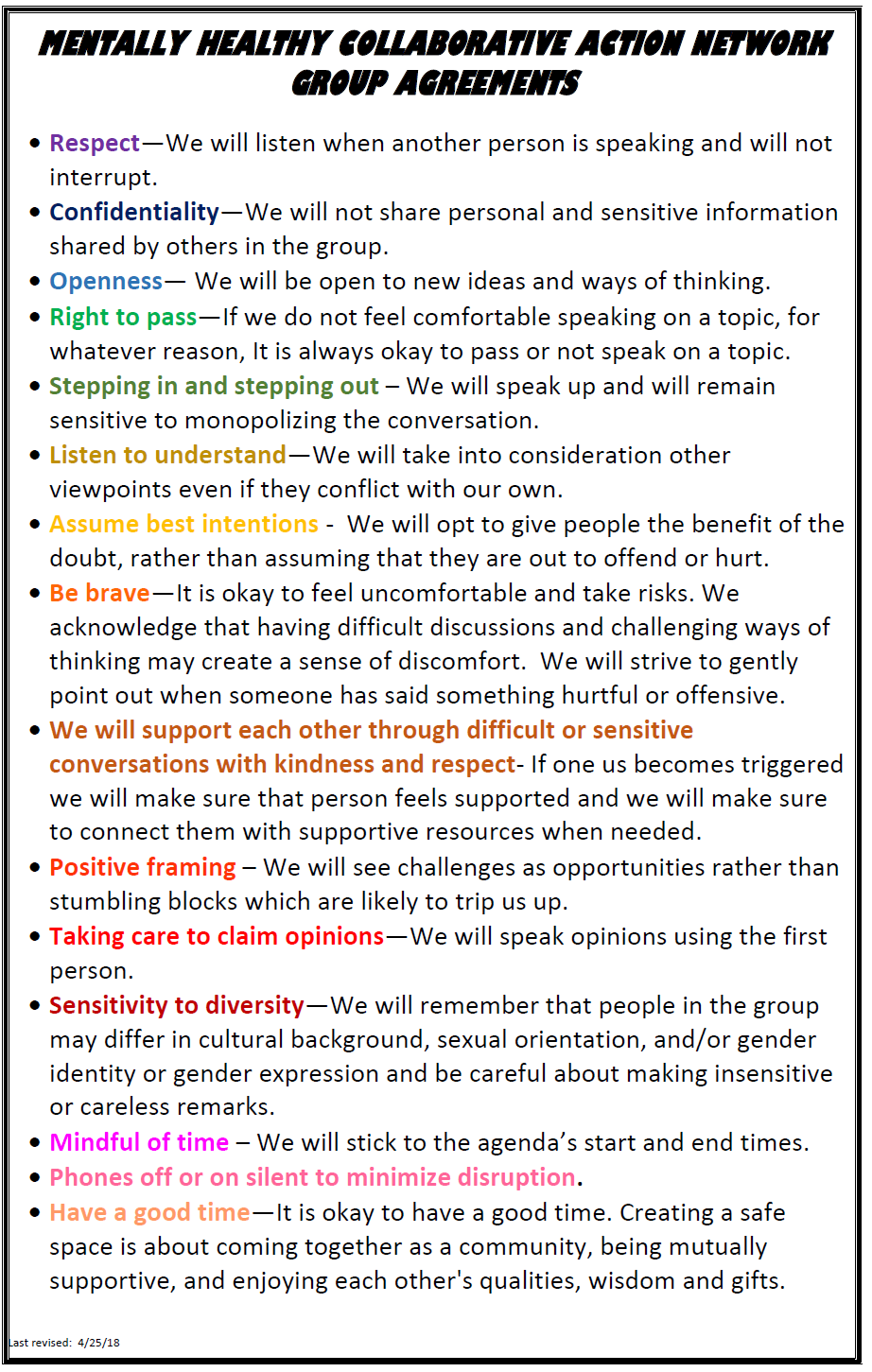 Consensus-Minus-One Decision-Making Rule. What this means is that it takes more than one dissenting member to block consensus. One voice at odds with the rest is considered a workable way to go forward, but more than one is a sign that the decision should be re-thought. In practice, many groups have found that Consensus-Minus-One serves as a safety valve that rarely gets used. If even one member has strong reservations about a decision, it’s often enough to keep the group searching for a better answer.

In our case, that would mean if more than one person not abstaining from a vote, votes 0-2 using Fist to Five, the group would not move forward with a decision.